Japanese manga (comics and graphic novels) and anime (animated TV shows and movies) have actually been around since the early 1900s (manga) and the 60s (anime), but only became really popular worldwide in the past few decades. The style is distinctive, with characters drawn with big eyes and animated expressions on their mostly rather cute faces, and usually involves tons of action via quests and adventures. The characters often have special powers, both good and evil; and of course there is always a strong storyline to each manga or anime (pronounced a-nee-may).

Dragon Gaming has produced a good number of anime-styled slots that will definitely appeal to a younger market (and who knows? perhaps some older people too; let’s not be ageist!). Most of these slots are based on existing anime videos, which often have complicated plots and run over a series, so obviously this is not able to be realized in the slot game. However, many of the characters and scenes will be recognizable to those who follow this genre.

The good thing is that you don’t have to be familiar with all the characters and plots to enjoy playing these fast-action slots. The designers have built in fantastic and unique features into these games so there’s never a dull moment. 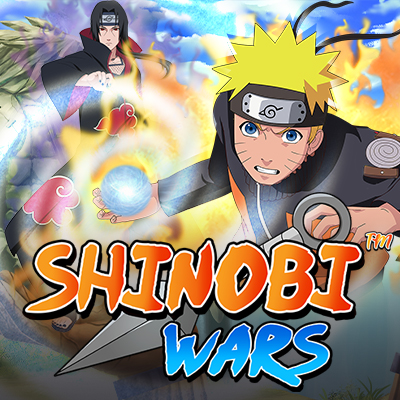 Inspired by the popular manga character Naruto, Shinobi Wars™ takes you into the myserious world of ninjas, also known shinobis. Naruto’s quest involves gold- and silver-edged scrolls, and if you manage to land one on the fifth reel, five flags drop down and you’ll need to pick one to receive special feature rewards, including multipliers, free spins, chakra boosts, and more.

There are loads of special features in this game that will keep you entertained (and winning), so take the stealthy path of the true ninja and join Shinobi Wars. 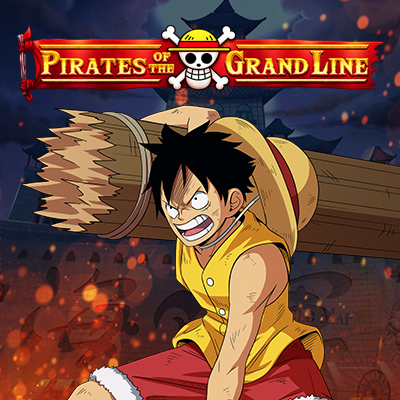 2. Pirates of the Grand Line™

Pirates of The Grand Line is based on a well-known arc (story-within-a-story) in the anime genre and features a gung-ho pirate gang on a mission to rescue a character named Fire Fist Ace, who is being held captive in a heavily-guarded location. First they must sail over the Grand Line to reach him and face some daunting challenges in their quest.

The gameboard has a five-reel, three-line configuration, with 30 fixed paylines guaranteeing plenty of winning chances. Random Wilds (the colorful cartoon skull and crossbones logo), which appear frequently on the reels, help create some good wins.

The black-and-white Jolly Roger flag is the Scatter symbol, and landing 3, 4 or 5 of these awards 10,15 and 20 free spins respectively. This feature can also be retriggered during the Free Spins round.

The most unique feature of Pirates of the Grand Line is definitely the Rescue Ace Bonus Game feature – and central to the storyline’s plot. For the player, this is also a chance to win a cool 1000x multiplier of your base game bet! 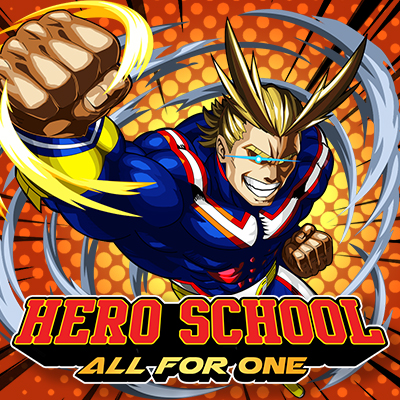 3. Hero School: All For One

Inspired by ‘My Hero Academia’, this online video slot has 10 fixed paylines and is set in a school where superheroes are trained. As you spin the reels, you’ll encounter heroes-in-the-making, and some who have already obtained special powers – and may grant generous rewards to a lucky player.

The magic happens in the Free Spins rounds, triggered if you land three or more bonus symbols. Before the feature begins, you’ll have the opportunity to receive three bonus pick features, including additional wild symbols multipliers, expanding symbols, extra free spins, and more. Special features may trigger randomly during the Free Spins round with the potential to win up to 200x your bet, an ultra spin where all characters become expanding wilds, or be awarded an extra free game with five bonus picks. 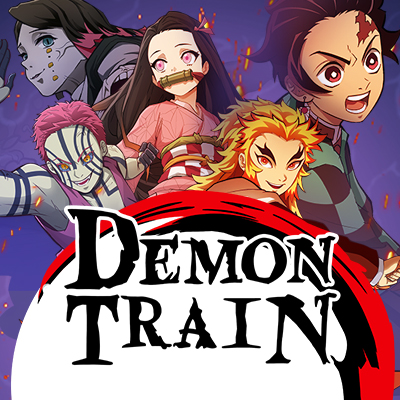 Demon Train by takes its inspiration from a famous anime movie. The reels are populated with heroes, villains, demons, and warriors. The bonus symbol is the train, awarding free spins when landing three or more on the reels. The highlight of the game is the ‘Avalanche’ feature with cascading reels. concept. Each time a player makes a winning combination, all winning symbols explode, and their spots are filled by the symbols from immediately above, dropping down to take their place. The Avalanche continues until there are no more wins. With a betting range of 20c to $50 and an average RTP of 96.01% and medium volatility, the Demon Train is perfect entertainment for both high rollers and those on a small budget.

Saiyan Warriors is a 5-reel, 3-row video slot with 10 fixed pay lines and a 96.5% Return to Player statistic. The slot features well-know anime characters Gokou, Vegeta, Piccolo and their enemies Frieza and Cell in this classic anime story. Set on Planet Earth, you need to spin the reels in a bid to win the war and defend your home by collecting Dragon Balls every time you land a winning combination. Every two Dragon Balls collected help transform Gokou into his next Saiyan form. The ultimate goal of players is to collect all seven Dragon Balls and win the battle (and the money). But you have to have the Balls to win!