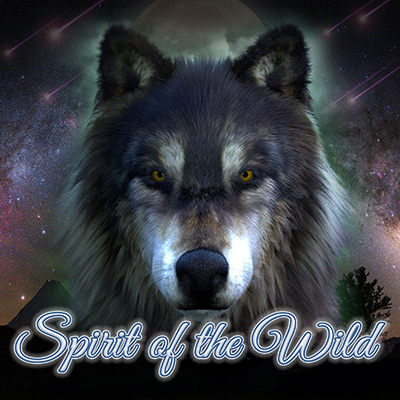 Spirit of the Wild

4.1 out of 5 stars.
Log in to rate the game
Spirit of the Wild is the perfect game for someone who is just stepping into the slots universe and is looking for lower bets, to begin with. This 5-reel, 3-row slot game developed by Saucify is based on a nature theme and allows players to enjoy the scenic natural wonders and wildlife of North America. The incredible animations that unfold through the game and background music live up to the unique theme as well.

The symbols on the game are inspired by nature as well, with the highest-paying one being the white buffalo with 100x the stake for a herd of five landed on the reels. Other symbols on the slot game include mountains, lightning, rivers, forests, wolves, and majestic mustangs.

Spirit of the Wild comes with a free spin feature that gets triggered by the Moon Scatter symbol. Landing at least three of these symbols can trigger between 9 to 20 free rounds. Scatter symbols that appear randomly during game rounds can help get more free spins. The mighty Grizzly Bear is the Wild symbol which appears only on reels one, three, and five and replaces all other symbols except the Scatter.

Spirit of the Wild comes in a common grid of five reels and three rows with 20 paylines and a return to player of 96.04%. Coin sizes on the game range from 0.01 to 0.25, while the number of coins for each line varies from a minimum of 1 to a maximum of 10. The maximum wager at $50 might not seem very impressive, but the game’s wide range of stakes starts at just $0.01, which makes it fit for all pocket sizes. Spirit of the Wild also offers a lot of room for customization, as the number of paylines is not fixed. The online slot game is available on the browser on both desktop and mobile platforms and is compatible with all operating systems such as Android, iOS, and Windows.
Log in and review this game Share your thoughts with other players
Spirit of the Wild is a 5-reel, 3-row slot game by Saucify based on the theme of nature and wildlife. The game features a scenic background with magnificent mountains, lofty pines, and snowy peaks on the horizon, offering the player a peek into the natural beauty of North America. Spirit of the Wild also has an impressive audio track and impressive animations to match the vibe.
The online slot game uses symbols inspired by nature as well, such as mountains, lightning, rivers, forests, wolves, and mustangs. The highest paying symbol is the white buffalo, with 100x the stake for a herd of five landed on the reels. The symbols bearing alphabets from A-J are the lowest paying ones. The number of paylines is not fixed on the game and is up to the player to activate during the different rounds.
One of the most interesting features the game offers is that of free spins, which get triggered with the Moon Scatter Symbol. Players can trigger anywhere between 9 to 20 free rounds on landing at least three symbols in the game. The Scatter symbols that keep appearing randomly during rounds can also reward players with extra free spins. The Wild symbol – The Grizzly Bear – appears only on the 1st, 3rd, and 5th reels and replaces all other symbols except the Scatter to create new winning combinations.
Spirit of the Wild can be played with stakes starting as low as $0.01. Coin sizes range from 0.01 to 0.25 and the number of coins on each line varies between 1 to 10. The online slot game offers 20 paylines and a Return to Player of 96.04%. Also, Spirit of the Wild can be played across desktops, laptops, and mobile phones, on iOS, Android, and Windows