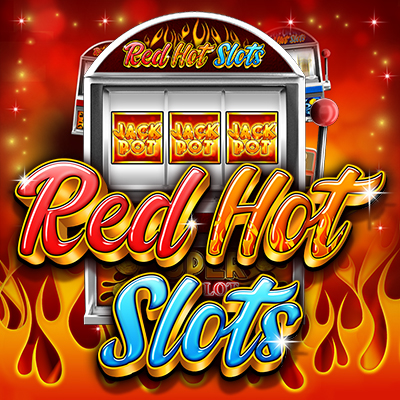 Red Hot Slots by Saucify is a 5-reels and 20 paylines slot game that is based on the exciting theme of fire and flames. The online casino game comes with an array of interesting features such as Free Spins, Bonus, and Jackpots.

The slot game features a crackling fire and high flames in its backdrop, while the 3-row, 5-reels slot grabs the central spot. The reel symbols are in line with the theme’s colors and include a dollar symbol, a bell icon, and the number 7, to name a few.

Red Hot Slots features Free Spins in the form of mini-slot machines that come with their paytable. The Jackpot Pick Bonus and rewards players with additional awards. The second bonus, or Coin Pick bonus, gets triggered when three or more golden coin symbols appear anywhere on the reels.

The Wild symbol on the game, bearing a star and the word “WILD” written across, can replace all symbols on the reels except the golden coin and mini-slots, creating new winning combinations. Red Hot Slots can be played across multiple devices and supports several languages and currencies, thus broadening its appeal among many slot game-lovers across the world.

Presented by Saucify and Genii, Red Hot Slots is an all-new online casino game that features not one but three bonus rounds – the Jackpots, the Coin Pick Bonus, and the fantastic new Mini-Slots bonus. The slot game comes with a standard 3-rows and 5-reels format along with 20 paylines and is based on the exciting theme of fire and red-hot burning flames. The paylines are always active on the game.

The symbols of the game are designed to keep up with the game’s unique, bright theme, and include a golden dollar symbol, a golden bell, a red 7, and a burning 7 symbol, among others. There are also certain special symbols such as single, double, and triple bars. The burning 7 symbol is the highest-paying symbol on the reels, while the golden dollar forms the lower end of the payment spectrum.

Coming to the features of the video slot game, Red Hot Slots exhibits not one but three bonus rounds. Red Hot Slots game features Free Spins in the form of Mini-Slot machines that pay 15 free spins when 3 such symbols land up anywhere on the reels. The mini-slots have their own high-paying paytable. There are also Jackpot symbols that trigger the Jackpot Pick Bonus round, and reward players with extra wins. There are three jackpots in all.

The second bonus, the Coin Pick bonus round, gets triggered when 3 or more golden coin symbols are visible in any position. Players are presented with multiple coins and must pick one to reveal and secure the prize it is hiding. The 3-row, 5-reel slot game also features Wilds, in the form of a star symbol with the word WILD written across. The Wild can substitute any symbol on the reels except Coins and Mini Slots, leading to new winning combinations.

The fun-filled high-paying game pays out according to the paytable. All wins are multiplied by the bet per line and the highest win is paid according to the winning combination. Coinciding wins get added. Payouts are from left to right, except for Scatters, which are paid any way. Players can win up to 45000 coins in this high-paying game that comes with a great background score and visuals. Fully compatible with mobile phones and desktops alike, the Red Hot Slots video slot game supports multiple languages and currencies from across the world.