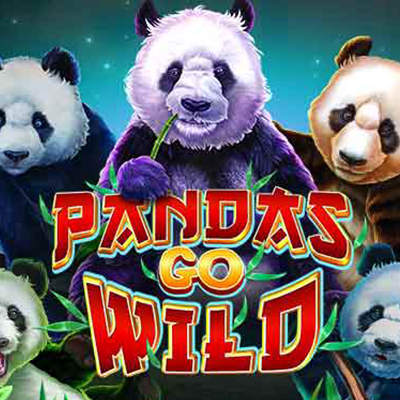 Set deep in the bamboo forest, go wild with cuteness when Panda's are surrounding you in this 5-reel, 20-line video slot from Qora Games.Features include a Pick & Multiply bonus round, that allows you to boost your latest bet up to 3 different multipliers and potentially winning up to 300x your original bet!
When you get 3 Free Spin symbols on a payline, win 10 Free Spins - and more can be triggered during the Free Spins mode.
When Expanding Wilds occur on reel 3, it expands to cover the entire reel, triggering a re-spin on the other 4 reels.
Get an overload of cuteness in this playful slot - but don't get too caught up goo-goo'ing over the pandas, before you have a chance to win!
We would call this game a complete package in itself, bringing some of the best graphics, animations, soundtrack and gameplay in one. The lush green trove of bamboo trees in the background together with animations like swaying trees and cute pandas moving around gives a very pleasant feel to the game overall. This is accompanied by brilliantly designed symbols, including four high paying premium pandas in different positions, some even upside down, and low paying playing card Royals A, K, Q, J, and 10.
Though the game’s RTP has yet not been revealed, we do know about the maximum rewards potential of Panda’s Go Wild at a whopping 40,000x! This makes the slot offering by Qora a game you cannot afford to miss if you are in for the big hits!

★★★★★
Jennifer E
I recommend this game for big wins
This game Panda's Go Wild is my favorite slot game ever. Big Wins make for Big Payouts! Go Ahead and play for yourself!
★★★★
Rodney M
Fun game
Multiple ways to win....the graphics aren't that good even though still more than one way to win
★★★★
Emma T
awesome slot machine Games to play

The Good old oriental theme continues to be one of the most preferred and aesthetic choices for a variety of slot games. And yet, Panda’s Go Wild by Qora manages to stand out of the crowd, with crazy pandas rolling around and unravelling some of the most exciting rewards for players. The game is no less than a package in itself, bringing the best of graphics, animations, soundtracks, and gameplays. In the backdrop is a lush green bamboo forest with bamboos covering either sides of the reels. The 5-reel, 20-pay lines slot game occupies the fore, complete with pleasant graphics and animations, such as the gentle swaying of the bamboo trees and the occasional light blue spheres floating around. Impressively enough, a nice flute soundtrack accompanies the Panda’s Go Wild gameplay, making it even more pleasing.
Symbols have been designed to the finest detail, the highest paying ones of which include four premiums. These are all depicted by pandas in different positions, some even upside down. Apart from these, the low paying symbols are represented by playing card Royals A, K, Q, J, and 10, which pay fairly well for 5 in a line.
Of particular note is the Koi Fish symbol, that can appear to substitute all other regular symbols, creating new winning possibilities. The Koi Fish Wild can also expand on the 3rd reel to cover the entire reel. The Lotus Scatter is another special one, landing 3 or more of which will activate Free Spins instantaneously. You may also win ten additional spins completely free if you happen to retrigger this feature in the same manner.
The Panda’s Go Wild slot game also boasts of a bonus symbol represented by 3 bamboo sticks. Landing 3 of these on the reels simultaneously will trigger the Pick & Multiply Bonus Game, potentially allowing you to multiply your latest bet by up to 300x.
Such a wide array of exciting features and rewards makes the Panda’s Go Wild a rare offering that you certainly cannot give a miss. The game’s RTP has yet not been revealed, but what we can say for sure is that with a maximum rewards potential of 40,000x, there is no way you want to give up on this gameplay.