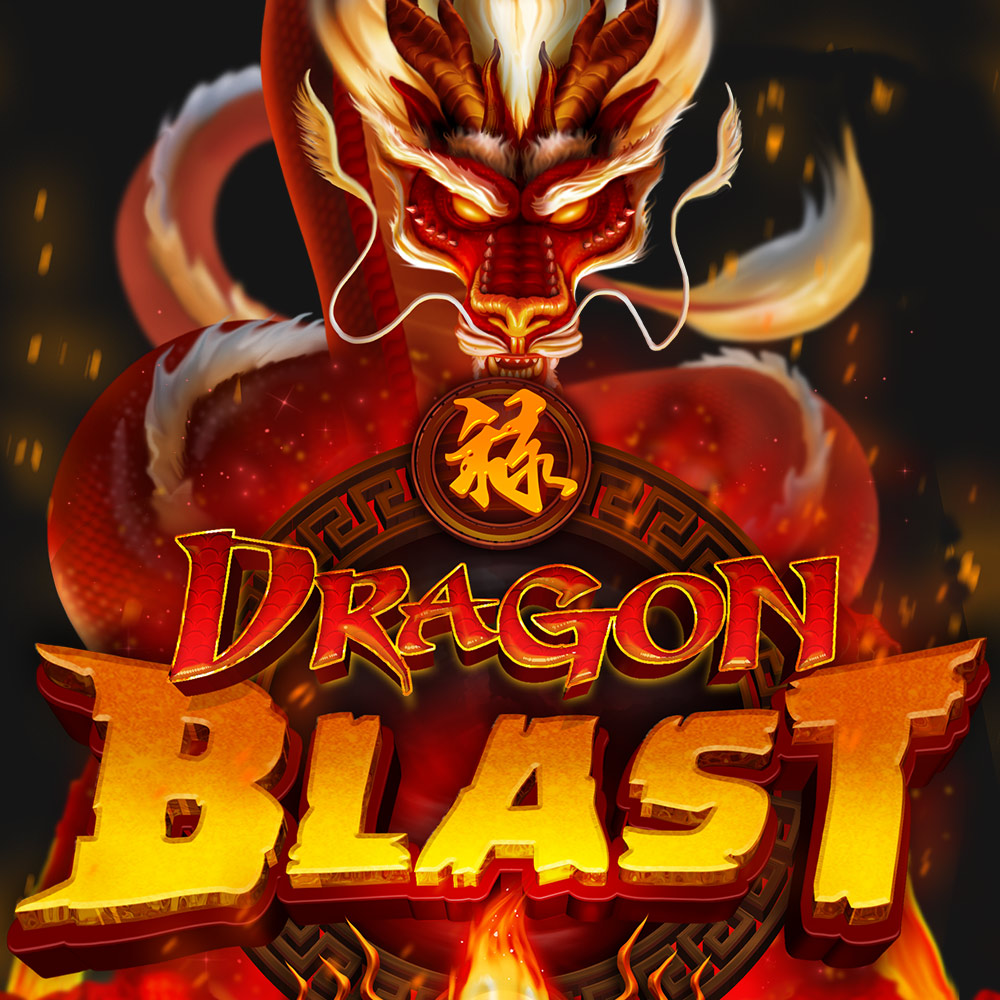 Dragon Blast by Genesis Gaming is a 3-row, 5-reels and 50 paylines video slot game that was launched in 2019. Available across all types of devices and operating systems, this online casino game is based on the theme of Chinese folklore and mythology, with an array of symbols radiating wealth and good fortune.The game comes with a fiery backdrop, featuring a dragon enshrouded in raging flames. On the reels are symbols of great variety, including the low-paying playing cards deck, the medium-paying amulet and Feng Shui coins, and the high-paying ingots and pots of gold. The Chinese character is the highest paying symbol on the reels, apart from the special pearl Scatter, which doubles your original stake straightaway. Besides, the Scatter symbols also trigger Free Spins from time to time, with multiple reel sets and the number of Free Spins depending on how many pearl symbols you land.
Dragon Blast offers an impressive RTP of 96% and an array of unique features you will not find commonly in other video slot games. From activating multiple reel sets to the giant symbols and massive wins, Dragon Blast makes up elegantly for the other areas in which it lacks, such as no Wilds or Progressive Jackpots.

Launched in 2019, Dragon Blast by Genesis Gaming is an exciting video slot game that follows the traditional 3 rows and 5 reels format with 50 paylines and an RTP of 96%. The theme for this interesting slot game is based on Chinese culture and features different items related to wealth and good fortune according to regional folklore. In the backdrop and above the reels is a fiery dragon, surrounded by raging flames.The standard playing card symbols A, K, Q, J and 10 form the lower paying symbols on the reels, and frequently appear on several slots time and again. Medium-paying symbols on the reels include a single-coin amulet and three Feng Shui coins with a red ribbon. There are also a few high-paying symbols on Dragon Blast such as the golden ingot and a pot of gold, which pay even when they land twice on a winning line, unlike low and mid-range ones which pay only in threes. The highest paying symbol on Dragon Blast slots is a Chinese character that also offers payouts when landing twice on a payline.
Among the special symbols is the Scatter which doubles the original bet when landing 3, 4 or 5 times anywhere on the reels. Signified by a pearl, called the Pearl of Knowledge, the Scatter also triggers the Free Spins feature. During the Free Spins, one can play with 2 or 3 sets of reels and 5 to 10 spins depending on the number of Scatters that triggered the bonus. Even though the game does not have any Wilds, the other reel symbols regularly form winning combinations and keep the game’s spirits lifted. All free games on Dragon Blast are played on reel sets with a shared Dragon Blast centre reel, which covers reels 2, 3 and 4 on all of the reel sets.
Dragon Blast boasts brilliant graphics and attractive animation, along with perfect compatibility across different devices and operating systems. The super-stacked symbols on the reels keep the player engaged with the possibility of massive wins. The game supports around 12 different languages and an impressive range of global currencies. Activating multiple reel sets with giant symbols for massive wins is the USP of this game. Play Dragon Blast to watch the dragon unleash its fury as it expands the reel sets and cashes in big wins for players.