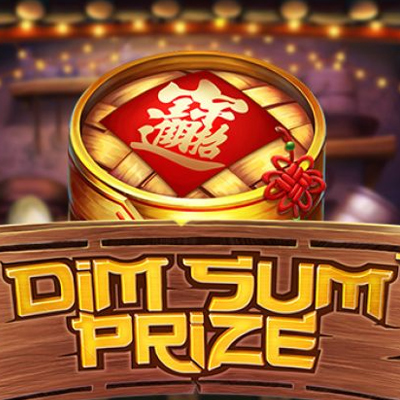 Dim Sum Prize is an Oriental-themed online slot game by Betsoft that makes for a rewarding experience for newbies and low rollers in the world of casino gaming. With a 3-rows, 5-reels format, Dim Sum Prize features a tiny Asian kitchen in its backdrop, paired with soothing Chinese-inspired sound effects to escalate the experience.On the reels are different delicacies of Oriental cuisines, such as cupcakes, dumplings, spring rolls, shrimp dishes, and more. Payouts vary according to the type and complexity of the dishes – larger and more complex portions pay more. The game has some special symbols too, such as the Teatime Wilds and the Crimson Coupon Scatter, which reward players with Re-Spins and Free Spins respectively.
Dim Sum Prize also has an Auto Spin feature, for those who want to sit back and let the game unfold. What makes the game even more delightful is that it hosts two special bonus features – the Bamboo Basket Surprise and the Random Bonus round. Despite a small betting range between 0.005 and 1.0, the game’s bonuses and a high RTP of 97.18% make for highly rewarding gameplay. Dim Sum Prize is available across laptops, desktops, smartphones, and tablets, being built on HTML5 technology.

One of the few must-try slot games for low-rollers, Dim Sum Prize by Betsoft follows the traditional format of 3 rows, 5 reels, and 10 paylines. The game has in its backdrop a tiny Asian food stall kitchen, decorated with bright lanterns and featuring multiple regional delicacies of the East.The Chinese-inspired soundtrack playing in the background, with its soft drum beats for every win, together with the well-thought-out visual elements make for the perfect slot game experience. On the reels are Chinese and Japanese goodies, including cupcakes, dumplings, spring rolls, shrimp dishes, and others.
While small portions of these dishes are low-paying, the more complex cuisines pay out much higher, even up to 10x the bet. The large white dumplings are the most valuable. The teapot is the Wild symbol on the reels, referred to as the Teatime Wild. Landing a Wild anywhere on the reels triggers Re-Spins; the more Wilds you land, the more re-spins you win.
The crimson coupons are the Scatters. Landing at least three such identical symbols anywhere on the reels activates the Free Spins mode, where players win 5 Free Spins. Besides, all triggering coupons transform into Teatime Wilds and stay locked in place for the rest of the feature duration.
The Bamboo Basket Surprise is yet another unique aspect of the Dim Sum Prize. This special symbol appears randomly on reels 2, 3 and 4, and reveals either a Scatter or a Wild symbol, triggering Re-Spins. Next comes the Random Bonus round which brings guaranteed rewards for players. A row of bamboo streamers occupies the center of the screen, and players are asked to pick one to reveal the coin reward beneath. Clicking on the second steamer would disclose the multiplier value, adding to the total wins directly.
Dim Sum Prize can be played free, in its demo version, as well as with real money. With a low betting range from 0.005 to 1.0, this is the ideal slot game for beginners or low rollers. Add to this the impressive RTP of 97.18% and the maximum payout of 377.6x the original bet, and Dim Sum Prize emerges as a highly rewarding game for those who want to keep their stakes low. The Auto Spin feature of the game allows you to simply sit back and let the game uncover. Built on HTML5 technology, Dim Sum Prize is compatible with desktops, laptops, and mobile phones alike.