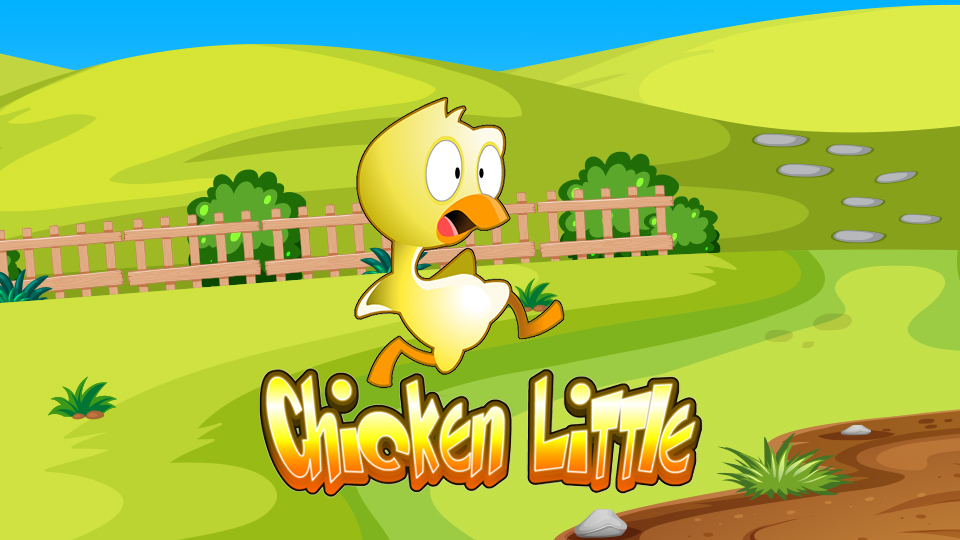 Chicken Little by Rival Gaming is a retro-inspired slot game inspired from the fairy tale of the same name. There are plenty of rewards to unearth out of the single straight pay line right in the middle of the 3-reel grid. Together with the interesting premise and simple gameplay, players also enjoy brilliantly designed graphics set in a soothing pastel color scheme. Symbols on the reels include single, double, triple, and mixed bars, along with main character Henny Penny and its dear friends Goosey Loosey and Cocky Locky. These symbols unlock handsome fortunes upon landing them in suitable combinations, ranging from 6 to a whopping 4000 coins. This maximum Jackpot is for revealing the Chicken Little symbol on the reels, which is also the Wild and can replace all regular symbols to create new winning combinations.
Players can easily adjust the number of pay lines, coins and coin values based on how high or low they want to bet. The range is quite convenient for low rollers, between 0.01 to 30 per spin. Though the game does not have any Scatters and Bonus features, it still makes for a respectable RTP at 95% and a massive maximum jackpot of 4000 coins, making it a refreshing and rewarding slot at the same time.

Chicken Little online video slot game by Rival Gaming is an all-new retro-based gaming offer based on the fairy tale of the same name. Though there is no sign of the story’s villain Foxy Loxy, there are plenty of opportunities for players to unearth some of the highest paying classic slot rewards including single, double and triple bars.Foxy Loxy had locked away the bewildered protagonists in the hen house to feast on them according to the lore, but in this game, there is a single straight pay line right in the middle of the 3-reel grid. Together with the interesting premise and simple gameplay, players get the best of detailed graphics in a soothing pastel color scheme.
Symbols on the reel are highly rewarding, offering 6 coins for mixed bars, 24 for single ones, 30 for double and 60 for triple bars. The reels have been designed to accommodate acorns hanging from the tree, that can outgrow into a handsome fortune bringing massive rewards for players. While most acorns are falling down, finding 3 of them simultaneously can reward players with a wholesome 60 coins. Goosey Loosey and Cocky Locky also make an appearance on the reels, and are the second and third-most valuable symbols in the gameplay
There’s also an additional 120 coins for finding Henny Penny, up to 210 for looking up Ducky Lucky, and a massive 4000 coins for landing Chicken Little. The Chicken Little itself is also the Wild on the reels and can replace all regular symbols on the reels to create new winning combinations. At the same time, it can double the pay table prize of any line she appears on in an instant.
Players enjoy tremendous flexibility to set the number of pay lines, coins and coin values based on how high or low they are ready to stake. The betting range is quite convenient for low rollers, varying from 0.01 to 30 per spin. Though the game lacks Scatters and Bonuses, it still makes for a respectable RTP at 95%, which is about the industry average. There is also a massive maximum jackpot of 4000 coins to win.