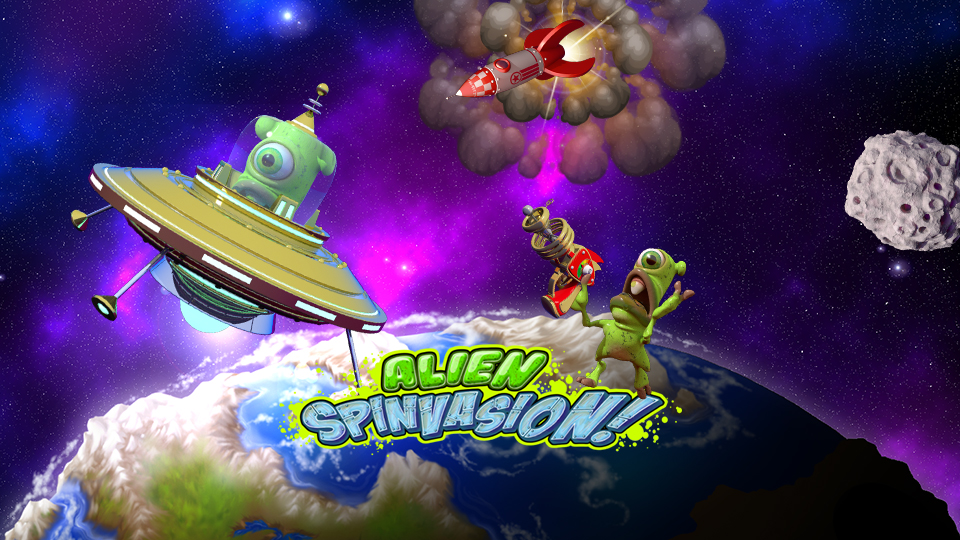 Due to its unique premise, Rival's Alien Spinvasion is a tremendously fascinating slot game. Invaders in the form of aliens are desperately attempting to take over our world by a variety of methods and hacks, culminating in a fun-filled, superbly animated, and cute three-row, five-reel slot game.Alien Spinvasion includes a total of 50 pay lines, allowing players to change their coin bets by reducing or increasing the lines during the game. Asteroids, green aliens, UFOs, rockets, planet Earth, ray guns, and red buttons ready to be pushed are among the symbols on the reels, which have been suitably picked and designed in accordance with the theme.
The Sticky Wild is a screaming green alien that can be used to generate new winning combos by substituting for other regular symbols on the reels. They remain stuck on the reels when appearing on the reels, offering players new re-spins each time. The Army General Scatter, on the other hand, awards up to 11 Free Spins in its own right. In this feature, all symbols transform into drop icons, and every winning combination automatically activates the Drop Feature.
Players can start betting as little as 0.50 and go up to 125.00, providing a suitably broad range for all types of pocket sizes and slot enthusiasts to enjoy. The payouts are equally variable, with the greatest being 250 times your stake size. The game's RTP of 95.98 percent is also not awful, and it's somewhat higher than the industry average for slot games.